Question 3.
Choose the symbol for battery

Question 4.
In which among the following circuits does the bulb glow? 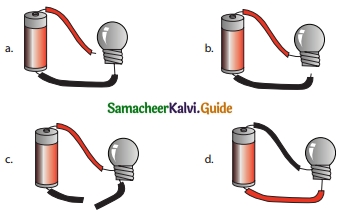 III. True or False. If False, give the correct answer. 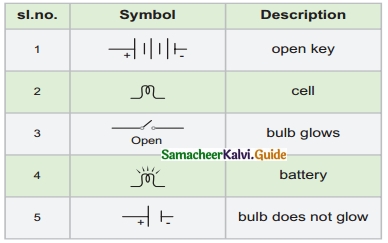 Question 1.
In the given circuit diagram, which of the given switches) should be closed. So that only the bulb A glows. 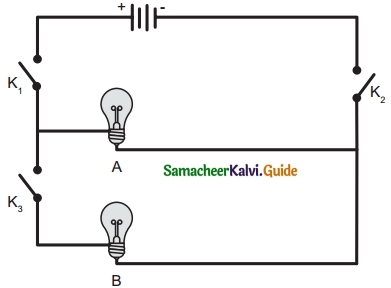 Answer:
K1 and K2 should be connected to glow bulb A in the circuit

Question 3.
Can you produce electricity from a lemon?
Answer:

Question 4.
Identify the conductor from the following figures. 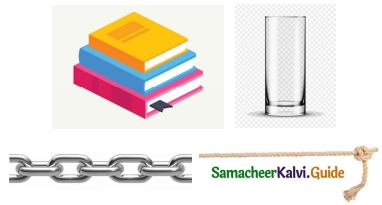 Answer:
Metallic chain is a conductor.

Question 6.
Circle the odd one out. Give a reason for your choice.
Answer:
Switch, Bulb, Battery, Generator.
Generator is the source of electricity. Others are parts of a circuit.

Question 1.
Draw the circuit diagram for the series connection.
Answer:

Question 2.
Can the cell used in the clock give us an electric shock? Justify your answer.
Answer:

Question 3.
Silver is a good conductor but it is not preferred for making electric wires. Why?
Answer:

Question 1.
What is the source of electricity? Explain the various power stations in India.
Answer:

Question 2.
Tabulate the different components of an electric circuit and their respective symbols.
Answer: 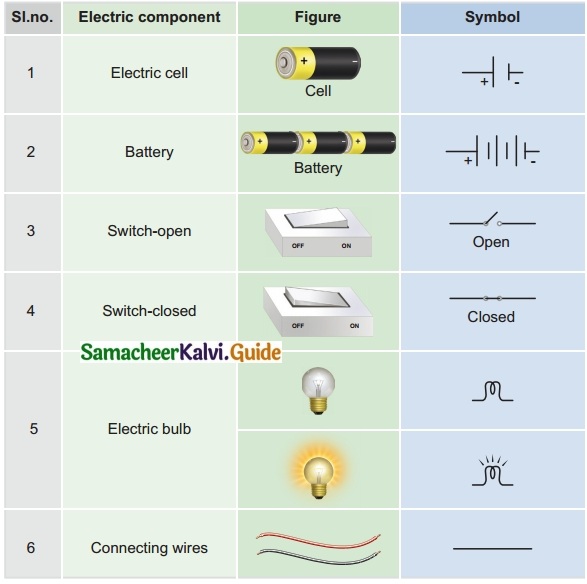 Question 3.
Write short notes on conductors and insulators.
Answer:
Conductors:
The rate of flow of electric charges in a circuit is called electric current. The materials which allow electric charges to pass through them are called conductors.
Examples: Copper, iron, aluminum, impure water, earth, etc.,

Iniulaton (Non-Conductors):
The materials which do not allow electric charges to pass through them are called insulators or non-conductors.
Examples: plastic, glass, wood, rubber, china clay, ebonite, etc.

Question 1.
Rahul wants to make an electric circuit. He has a bulb, two wires, a safety pin, and a piece of copper. He does not have any electric cell or battery. Suddenly he gets some idea. He uses lemon instead of a battery and makes a circuit. Will the bulb glow?
Answer:
1. Yes, the bulb will glow.
2. Insert a piece of copper on one side of lemon, safety pin on another side. This system will work as a battery.
3. Copper rod – Positive terminal
Safety pin – Negative terminal, Lemon – Electrolyte
4. Connect the connecting wire in both the terminals and finally connect to the bulb.
5. The current produced is passed through the circuit and the bulb will glow.

X. Search ten words in the given word grid and classify them as conductors and insulators 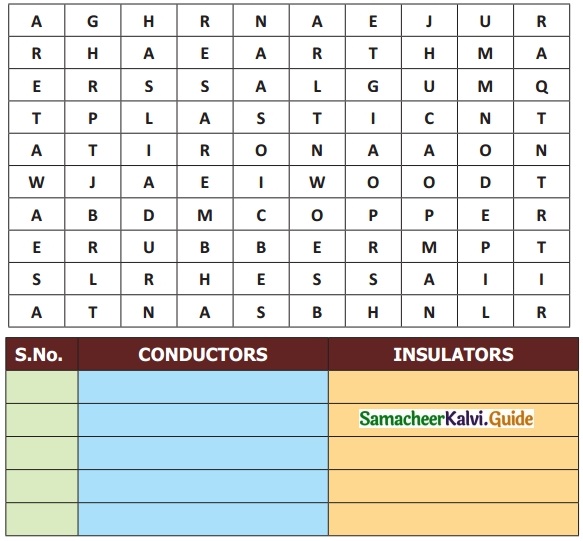 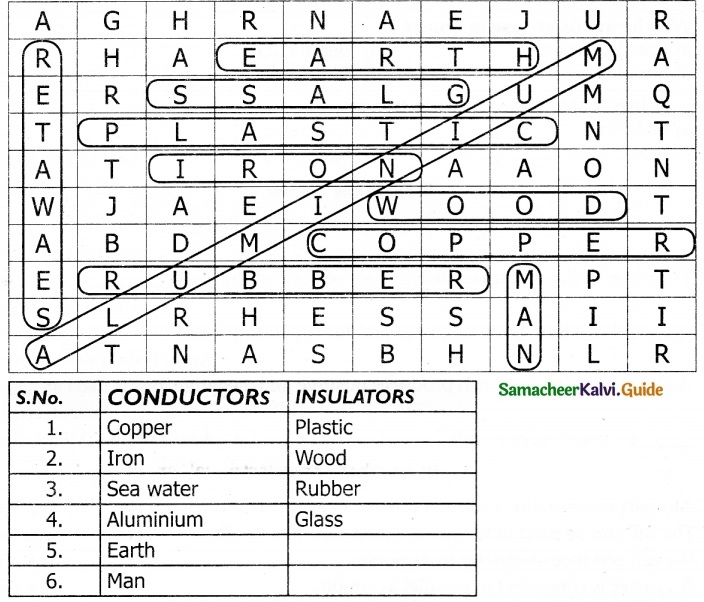 I. Choose the right answer:

Question 3.
Which one of the following is using secondary using cells?
(a) Hand watch
(b) Robo toy
(c) Laptop
(d) None of these
Answer:
(c) Laptop

Question 1.
What are the places in which atomic power stations located in Tamil Nadu?
Answer:

Question 2.
List out the parts required to make an electric circuit
Answer:
A key, connecting wires, dry cell or battery, and electric bulb. 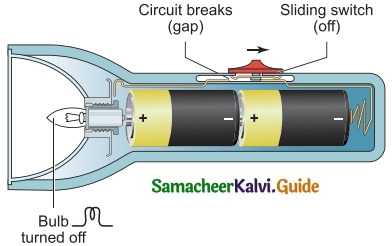 Question 1.
What is a cell? Explain the types of cells.
Answer:
A device that converts chemical energy into electrical energy is called a cell. Cells are classified, in two types. They are-