I. Choose the Correct Answer:

II. Find whether the following statements are true or false. – if false give the correct Answer.

III. Fill in the blanks: 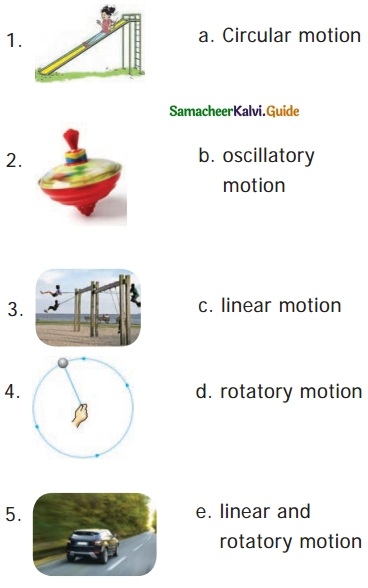 VI. Given below is the distance – travelled by an elephant across a forest with uniform speed.

Complete the data of the table given below with the idea of uniform speed. 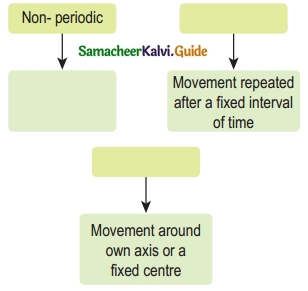 VIII. Give one word for the following statements.

Question 1.
The force which acts on an object without Physical contact with it.
Answer:
Non-contact force.

Question 2.
A change in the position of an object with time.
Answer:
Motion.

Question 3.
The motion which repeats itself after a fixed interval of time.
Answer:
Oscillatory motion.

Question 5.
A machine capable of carrying out a complex series of actions automatically.
Answer:
Robots.

IX. Answer the following in a sentence or two:

Question 1.
Define force.
Answer:
Forces are push or pull by an animate or inanimate agency.

Question 2.
Name different types of motion based on the path.
Answer:

Question 1.
What is motion? classify different types of motion with examples.
Answer:
Motion: The change of position of an object with respect to time is known as motion. 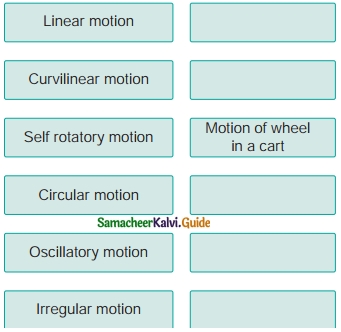 I. Choose the best option:

II. Correct Answer: If it is wrong give the correct answer.

III. Fill up the blanks: 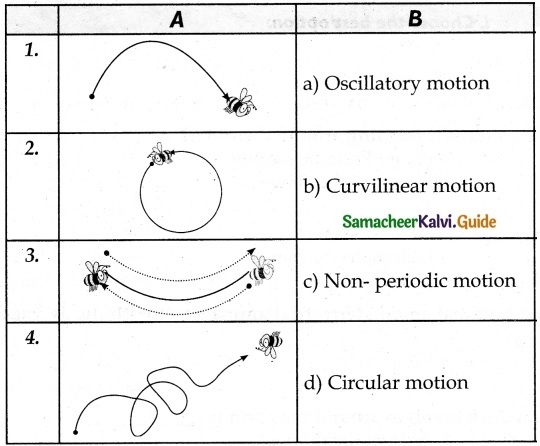 V. Fill up the blanks in accordance with their relation:

VI. Fill up the missing statement.

VII. Fill up the blanks with the help of examples:

Question 1.
Define motion.
Answer:
When there is a change of position of an object with respect to time, then it is called motion.

Question 2.
What are the types of Force?
Answer:

Question 3.
List out the types of forces on the basis of contact.
Answer:
There are two types:

Question 1.
What is a force? What are its types?
Answer:
Forces: Forces are push or pull by an animate or inanimate agency.
Types of Forces: 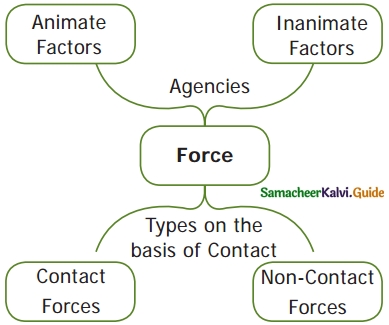