I. Choose the most appropriate answer for the following questions:

Question b.
What is the difference between a physical and mental tight comer?
Answer:
A physical tight corner is something which is visualized in person on spot. One can overcome this if he has extreme courageousness. Mental tight corner affects the whole system of a man as his mind is filled with stress till he comes out of it. In fact, it is more dangerous than physically tight corner.

Question d.
The narrator heard his own voice saying,” and fifty”.What does this suggest?
Answer:
The narrator without his knowledge and any understanding of the situation said, ‘and forty’.

Question e.
What was the narrator’s financial condition?
Answer:
The narrator had exactly sixty-three pounds in the bank and he did not have securities even for five hundred pounds.

Question a.
Describe the activity that was going on in the saleroom at king street.
Answer:
The place was full. They were selling Barbizon pictures and getting tremendous sums even for little bits of things.

Question b.
What can you say about the author’s attitude when he high – handedly participated in the auction?
Answer:
An author is a nonchalant person who tries to have some fun in his life. At the same time, he knows his limitations.

Question f.
What came as a shock to the author?
Answer:
There was bidding for four thousand guineas and as usual, he added fifty guineas to it. But to his surprise, none of them bid more than that.

Question i.
What kind of excuses did the narrator think he could make?
Answer:
The author speculated on the possibility of confessing his poverty to one of Christie’s staff and request to put up the picture for sale once again.

Question k.
How does the narrator describe the man who approached him?
Answer:
The man was a messenger of the high gods who wore a green baize apron and spoke in husky cockney tones.

Question l.
How does the Narrator show the presence of mind in the sudden turn of events?
Answer:
The man who bid for the picture first was ready to pay fifty guineas to the narrator. At that moment the narrator asked for a hundred guineas which shows his presence of mind.

Question m.
The narrator would not forget two things about his friend What are they?
Answer:
The author’s friend only persuaded him to go to Christie’s auction. Secondly, he was the only witness to the author ’s mental agony in trying to get out of the crisis.

3. Form a meaningful summary of the lesson by rewriting the numbers in the correct sequence:

4. Answer the following questions in a paragraph of about 100-150 words:

Question a.
Narrate the circumstances that led to the narrator getting into a tight corner, by his own folly.
Answer:
Lucas learned that an auction was in progress. His friend suggested that they peeped in, to watch the fun. Despite the caution from his friend, he started bidding at moderate rates. He had only 63 pounds in his account. A bidder was supposed to have a minimum of 500 pounds to take part in the bid. As bidding for most of the paintings were started with two or three digits in guineas, the author sailed through raising the stakes of many paintings and staying behind watching millionaires bid with higher prices. But one painting viz big Daubigny was launched at an offer price of 4000 Guineas.

Only one bidder showed interest. The rest were in silence. The author heard himself say “and fifty”. After seconds of uncomfortable silence, the dealer banged the hammer indicating the acceptance of the narrator’s offer of 4050 guineas for the painting. It was only then the narrator realized that he was in a tight comer. He wished a firing squad would be welcomed to eliminate him and put an end to his mental agony. He had no friend or relative or even money lenders who could extend him a loan to raise the money. He had got into a mess of his own choice.

“Auction houses run a rigged game. They know exactly how many people will be bidding on work and exactly who they are. In a gallery, works of art just need to pay. ”

Question b.
Trace the thoughts that went on in the mind of the narrator, when picture after picture was put up and sold at the auction.
Answer:
The narrator started bidding for fun and got into a difficult position of paying four thousand and fifty guineas for a picture which was useless for him. He had only sixty-three pounds with him and didn’t know how to pay for it.

He handed over his card to the clerk and without seeing the picture put for sale he, was thinking about the names of uncles and other persons from whom he might borrow money. He wondered of the money lenders who would as promissory notes.

He also thought of confessing his poverty to one of Christie’s staff and make them put up the picture again. All his thoughts ended in vain as the staff of Christie’s seemed unsympathetic and he was sure that they wouldn’t believe it to be a mistake.

Question c.
Explain how the narrator got out of the tight corner that he was in.
Answer:
When the author was perplexed beyond measure and was even ready to welcome a firing squad to bail him out of the current crisis, a divine chance presented itself to the narrator. The narrator had stupidly given an open bid to buy “big Daubigny” for 4050 guineas when he had only 63 pounds in his bank account.

However hard he tried, he could not recall the name of an “uncle” or a friend who could extend him a loan to cover the price of the painting. To delay disgrace, he was standing at the end of the queue of the successful bidders. Like a providential intervention, a mediator from the starting bidder who was ready to take the same painting for 4000 guineas enquired the narrator in a husky cockney tone if he was the gentleman who had bought, “big Daubigny”.

The narrator admitted it. To the narrator’s great relief, the mediator said the first bidder wanted to know if he would take 50 guineas for his interest. The author should have embraced him and wept for joy for bailing him out of a potential disgrace. But he made the best use of the opportunity exhibiting his guile, by asking him if that was the most he could offer. The mediator said that there was no harm in asking for some more. The narrator said he would take a hundred guineas. When the man left to find out the possibility both the author and his friend laughed.

But when the author saw the cheque for a hundred guineas, he became serious. He said with joy and shock, “of all the luck! well, I’m hanged”. Thus the narrator had a narrow escape from a tight comer. One could even say that the narrator escaped by the skin of his teeth.

“Call it a narrow escape, maybe it’s your lucky day. ”

You have come across many terms associated with an auction, in the lesson. Now solve the crossword puzzle with words from the lesson. Make use of the clues given: 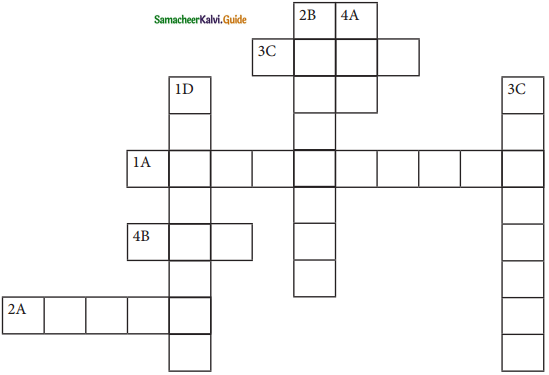 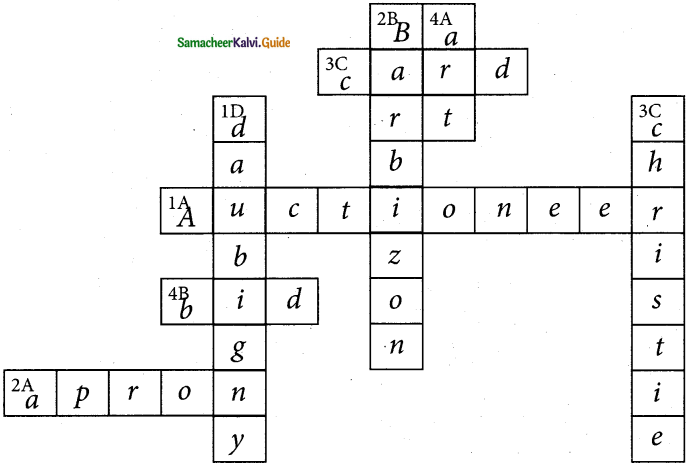 Read the following passage and answer the questions that follow:

1. Thirty-three years ago, on the night of December 2, 1984, Bhopal was hit by a catastrophe that had no parallel in the world’s industrial history. An accident at the Union Carbide pesticide plant in Bhopal had released almost 30 tons of a highly toxic gas called methyl isocyanate, turning the city into a vast gas chamber.

The result was a nightmare; more than 600,000 people were exposed to the deadly gas cloud that left thousands dead and much more breathless, blind, and in agonizing pain. Few people know that during the Bhopal gas tragedy a heroic stationmaster risked his own life to save others.

2. On the evening of December 3, 1984, Ghulam Dastagir was settling down in his office to complete some pending paperwork. This work kept him in his office till lam in the night, when he emerged to check the arrival of the Gorakhpur Mumbai Express.

As he stepped on to the platform, the deputy stationmaster felt his eyes burn and a queer itching sensation in his throat. He did not know that poisonous fumes leaking from Union Carbide’s pesticide factory were stealthily enveloping the railway station.

3. Beginning to choke, Dastagir did not know then that twenty-three of his railway colleagues, including his boss, station superintendent Harish Dhurve, had already died. It was later reported that Dhurve had heard about the deadly gas and had immediately tried stopping the movement of trains passing through Bhopal before collapsing in his office chamber.

His suddenly worsening health and years of experience told Dastagirthat something was very wrong. Though he did not fully comprehend what was happening, he decided to act immediately when he did not get any response from the station master. He alerted the senior staff at nearby stations, like Vidisha and Itarsi, to suspend all train traffic to Bhopal.

4. However, the jam-packed Gorakhpur Kanpur Express was already standing at the platform and its departure time was 20 minutes away. Listening to his gut instinct, Dastagir summoned his staff and told them to immediately clear the train for departure. When they asked if they should wait until the order to do so came from the head office, Dastagir replied that he would take complete responsibility for the train’s early departure.

He wanted to ensure that the train left immediately, without any delay. His colleagues later recalled that Dastagir could barely stand and breathe as he spoke to them. Breaking all rules and without taking permission from anyone, he and his brave staff personally flagged off the train.

5. But Dastagir’s work was not done. The railway station was filling up with people, desperate to flee the fumes. Some were gasping, others were vomiting, and most were weeping. Dastagir chose to remain on duty, running from one platform to another, attending, helping, and consoling victims.

He also sent an SOS to all the nearby railway offices, asking for immediate medical help. As a result, four ambulances with paramedics and railway doctors arrived at the station. It was winter and the gas was staying low to the ground, a thick haze poisoning everything in its path.

Besieged by hordes of suffering people, the station soon resembled the emergency room of a large hospital. Dastagir stayed at the station, steadfastly doing his duty, knowing that his family was out there in the ill-fated city. That day all he had for his protection was a wet handkerchief on his mouth.

6. Ghulam Dastagir’s devotion to duty saved the lives of hundreds of people. However, the catastrophe didn’t leave him unscathed. One of his sons died on the night of the tragedy and another developed a lifelong skin infection.

Dastagir himself spent his last 19 years shuttling in and out of hospitals; he developed a painful growth in the throat due to prolonged exposure to toxic fumes. When he passed away in 2003, his death certificate mentioned that he was suffering from diseases caused as a direct result of exposure to MIC (Methyl Isocyanate) gas.

A memorial has been built at platform No.1 to pay tribute to those who sacrificed their lives in the line of duty on the fateful night of December 3, 1984. However, Ghulam Dastagir, who died later, is not one of them. A forgotten hero whose sense of duty and commitment saved countless lives, Dastagir’s story deserves to be recognized and remembered by our fellow countrymen.

Question (ii)
How was Dastagir affected by the poisonous gas?
Answer:
He developed a painful growth in the throat due to prolonged exposure to toxic fumes.

Question (iii)
What was the action taken by the station superintendent?
Answer:
As soon as he heard about the deadly gas, he tried stopping the movement of trains through Bhopal. 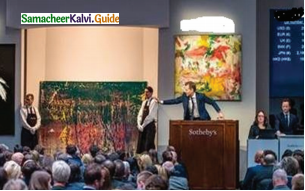