A. Based on the understanding of the poem, read the following lines and answer the questions given below.

1. “Beneath all uniforms, a single body breathes
Like ours: the land our brothers walk upon
Is earth like this, in which we all shall lie”
(a) What is found beneath all uniforms?
(b) What is same for every one of us?
(c) Where are we all going to lie finally?
(d) What is the alliterated words in the 2nd line?
(e) What is the figure of speech in the 2nd and 3rd line?
Answers:
(a) Human body is found beneath all uniforms.
(b) The earth we walk up on is the same for every one of us.
(c) We are all going to lie beneath the earth.
(d) beneath; body; breathes
(e) Simile

3. Their hands are ours, and in their lines we read A labour not different from our own.
(a) Who does “their” refer to?
(b) What does the poet mean by lines we read?
(c) What does not differ?
Answers:
(a) ‘Their’ refers to the other people of the world whom we consider as strange and foreign.’
(b) The poet by the words, Tines we read’ means that their destiny is similar to ours.The lines of their hands also show their capacity of doing hard work or labour.
(c) Labour does not differ.

5. “Our hells of fire and dust outrage the innocence
Of air that is everywhere our own,
Remember, no men are foreign, and no countries Strange ”
(a) What outrages the innocence?
(b) Who are not foreign?
(c) What is not strange?
(d) Who defiles the earth?
Answers:
(a) War, which is futile spoiling the very earth with hells of fire and dust outrages the innocence.
(b) Any human being who breathes the same air is not foreign.
(c) The world which becomes a more difficult place to live in and any country in this world is not strange.
(d) The men who fight with each other defile our earth.

4. Or sleep, and strength that can be won.
Pick out the words that are in alliteration in this line.
Answer:
The alliterated words are: Sleep, Strength

5. Remember, we who take arms against each other.
Write down the words that are in assonance here.
Answer:
The words in assonance are : arm, against.

6. Beneath all uniforms, a single body breathes like ours;
(a) Who does all refer to?
(b) What does the poet denote?
Answer:
(a) All refers to the people from the countries.
(b) The poet denotes universal brotherhood and equality.

8. Our hells of fire and dust outrage the innocence.
(a) What is the figure of speech used here?
Answer:
Metaphor is used here. ‘Hells of fire’ is a metaphor.

B. Based on your understanding of the poem complete the following by choosing the appropriate words/phrases given in brackets:

C. Based on your understanding of the poem answer the following questions in a paragraph of about 100-150 words.

Question 1.
What is the central theme of the poem “No Men are Foreign”.
Answer:
James Kirkup gives a positive message of hope to mankind. In spite of obvious divisions and variances, all are united together by the common bond of civilization and mankind. For their entrusted interests, some selfish people divide lands and people. They collaborate to create hatred and divisions among people. The poet validates the statement that people living in different countries are essentially the same by proclaiming that ‘no men are strange and no men are foreign’.

That is the part of the title of the poem and it is the central theme too. Every single body breathes and functions in the same way as ours. Each one of us equally needs the sun, air and water. Human hands too are used for the similar purpose of labouring for livelihood. Even eyes perform similar purpose of sleeping and waking up. Love wins us all and we all identify its power.

In peace times, we all flourish and wars starve us. Hatred leads us astray and when we take up arms against each other, the entire earth is defiled and destroyed. Therefore, we all like peace which showers abundance and prosperity on us. Therefore, fundamentally we all are the same.

We should understand and try to recognise that the same soul runs through all the people. Let us work for the unity and affluence of all lands and all people. Let us not pollute and taint the earth which is ours. Hatred and narrow ideas pollute the minds of the people.

Conflicts and wars bring destruction and violence. We should remember that raising our arms against anyone means fighting against ourselves. The poet reminds us to remember, recognise and strengthen the common bond that unites mankind and humanity which is the main theme of this poem.

‘Sometimes one feels better speaking to a stranger than someone known.’

Human beings are same. We walk on the same land. We will be buried under it. We are related to each other. We all utilise the sunlight, air and water. We live by the food crops of the earth. All have their dreams and aspiration like us. We do the same labour with our hands. We look at the world with the same eyes. We hate ourselves, when we hate our brothers. We are similar to each other. We shouldn’t have war and fight against them.

Theme of the poem:
The poem tells us about unity of human race, despite the differences ¡n colour, caste, creed, etc. The poet tells that there are a lot of conflicts and disasters in and out of every country.

Conclusion:
In such situation of considering the earth as the single living place for all, we shall live together, strengthened by love. Thus the earth will be a better place and there will be no more of fire and dust.

The poem ‘No Men are Foreign’ has a greater relevance in today’s world. There are a lot of fights and disasters in and out of every countries. The wars are always there between countries for one matter or the other. This has totally affected the world peace and harmony. No one wants to be defeated by the other.

No one bothers about the damage caused to the countries and the loss of lives of lot of people. People pay more attention to the differences and shoot troubles always. As there is no love and spirit of brotherhood, they wage war every now and then. Enmity and hatred must be given to maintain peace and harmony.

Let us consider the earth as the single living place for all who live on it. In such a situation we shall live together, strengthened by love, admiring one another with better understanding. Thus the earth will be a paradise and there will be no more hell of fire and dust.

No Men Are Foreign Summary of the poem 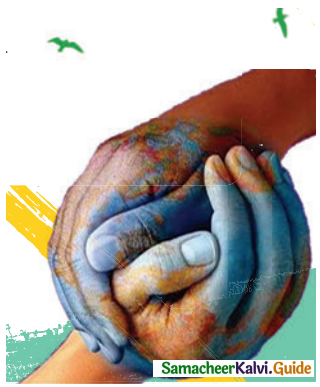 The poem ‘No men are foreign’ tells about that no people unity of the human race. The people of one country shouldn’t think of the people of other countries as strangers. The poet tells that they are all humans the same as we should not hate it, brothers. At last, the poet asks us to remember that no men are strange and no countries foreign.